We custom made designs for hand beading and embroidery works
included patch lace and all sorts of fabric works. Every single details are well researched and made into perfection! 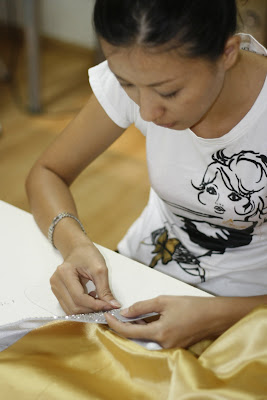 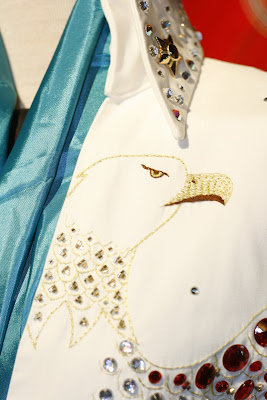 The detailed hand embroidery and beading of the ever famous
'King's Suit'..
for Alex Wong, Elvis Impersonator Malaysia.. 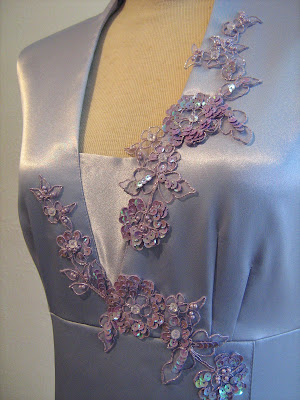 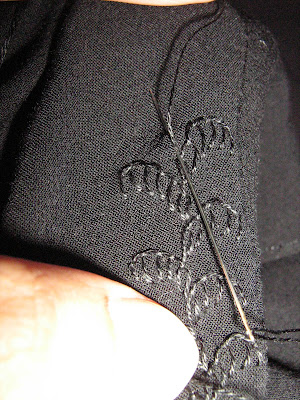 Hand embroidery on a blouse.. 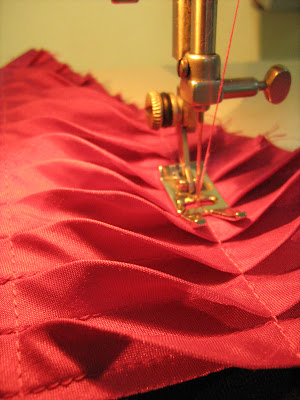 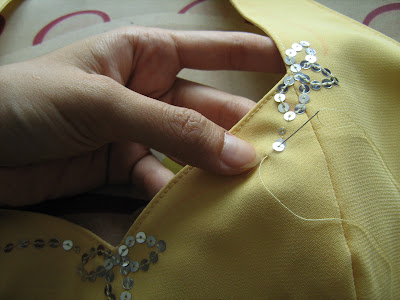 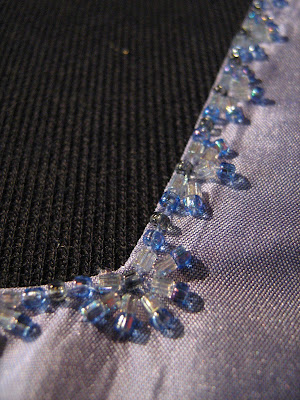 Beading design for a Punjabi Suit.. 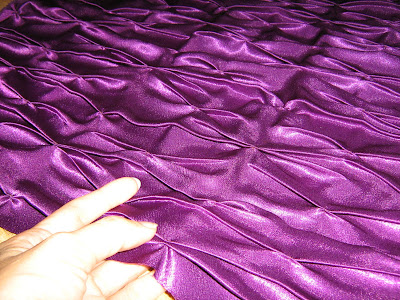 CASTOR & POLLUX was appointed to design a costume as to promote MV Networks.. and after a few discussions and better understanding of the whole event, C&P finally designed a whole new idea. Another costume was designed and there was changing styles of 2 totally different costumes.. by putting together many detachable layers of garments and accessories for the costumes and hair accessories piece by piece..
A complete transformation from The Rose Fairy Bride to The Star Of The Ocean..
live on stage..on that remarkable day..
25th March, 2007
at the concourse level of Cineleisure,
D Curve, Mutiara Damansara. 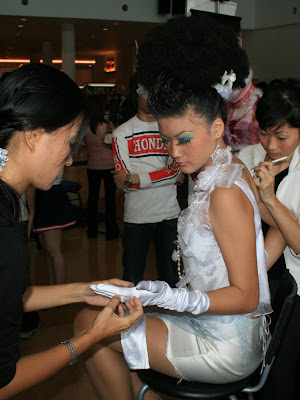 The Model was dressed as a Rose Fairy Bride. Outer layers of the costume and accessories were put on piece by piece, hairdo and hair accessories were pinned on, and body art was painted onto her right arm by Lisa Chew from MV Networks.
There were rosettes on her gathered and layered mini skirt..
butterflies on her body and hair..
felt like sweetness in the air... 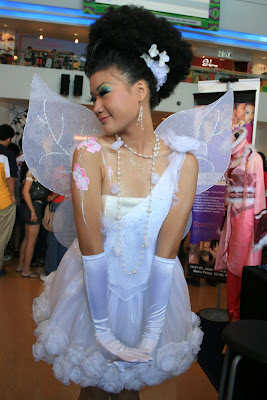 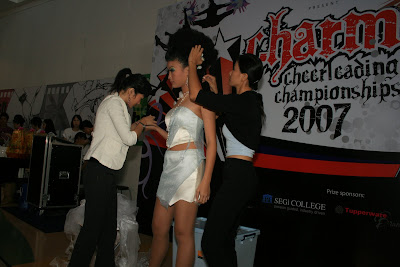 The Fairy Bride costume pieces were took off..and a whole new set of costume.. The Star Of The Ocean were put on piece by piece, hair accessories and make-up was also changed..again it was all done live on stage.
Her accessories are like seaweed..
layers of her skirt are like the waves of the sea..
and there's a Starfish clinging onto her bodice.. 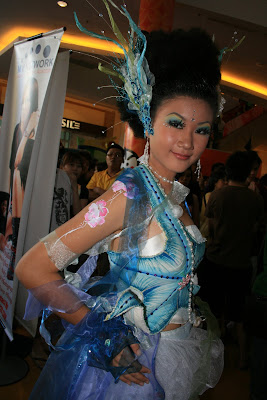 The Star Of The Ocean

Though there are some things that could be done better..the show was a great success..!
We have made a record..to be the first to do such a costume show..
live..
just like Magic..!
And we are looking forward to do so much more than just
Fashion and Costume in the Fashion Industry..
Posted by CASTOR & POLLUX at 7:07 PM No comments: